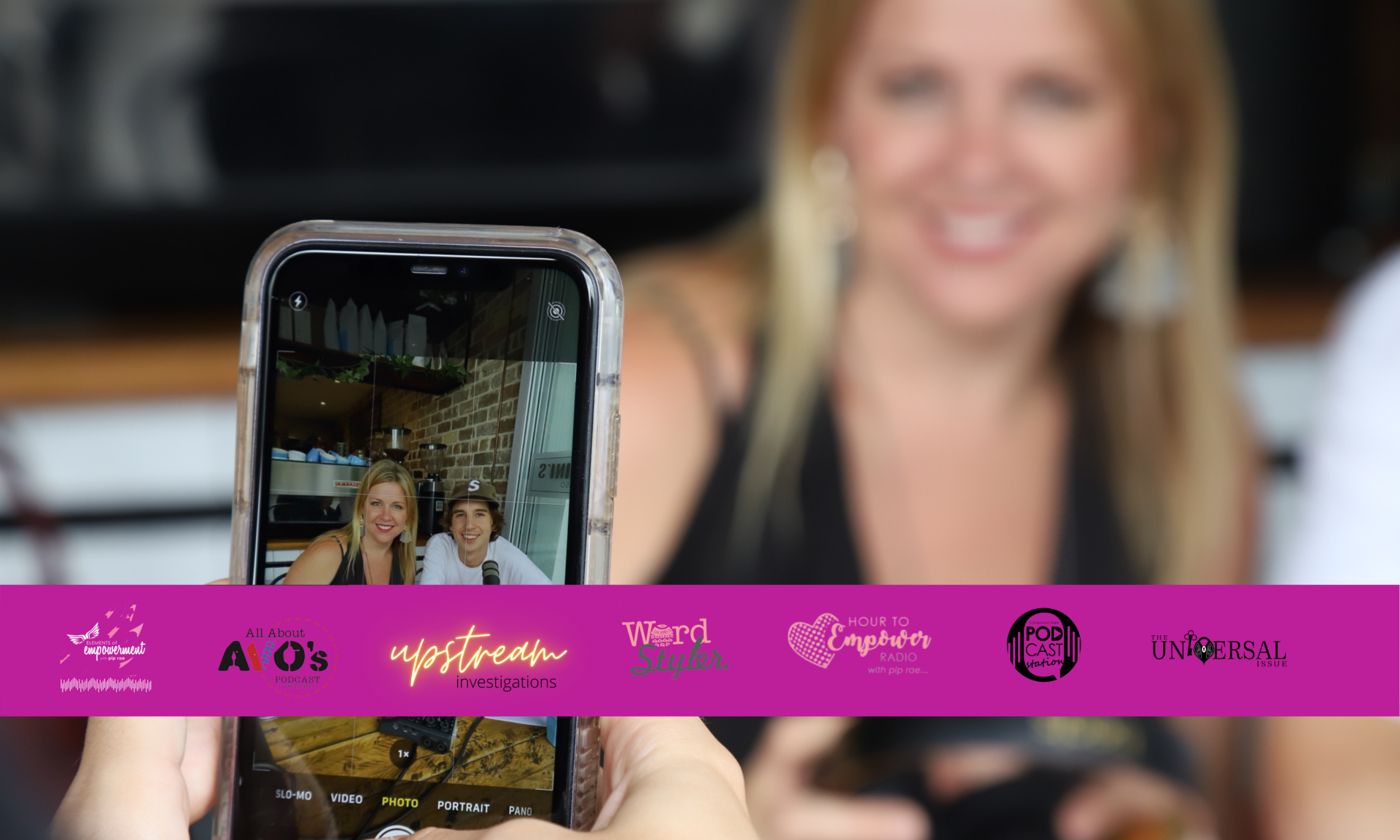 Thanks for stopping by.

So whether you’re an old friend I haven’t seen for a while, a new friend doing their due diligence or a cyber stalker, yes! you know I know what you’re doing, you’re probably a curious googler.   So, I just want to say hi and share how I’ve spent the past 10 years reinventing myself:

≈ to find an identity without a badge,

≈ define my roles beyond parenting children and

So what do I do? Generally I try to help people – when they ask for it of course.

My day job is as a writer, social justice journalist, podcaster and story teller and I’ve been doing it for just on 28 years.   Whether it’s True Crime or Memoir Stories, and I’ve even dabble in the Drama with a twist of fiction, every day I am  interviewing people about themselves to extract the interesting, unusual and unique traits and qualities that they can leverage to build their personal brands. I help them see what I and others see.

So, I also own a local podcast station and produce podcasts for others and myself, about the stuff that matters to people who want to know. 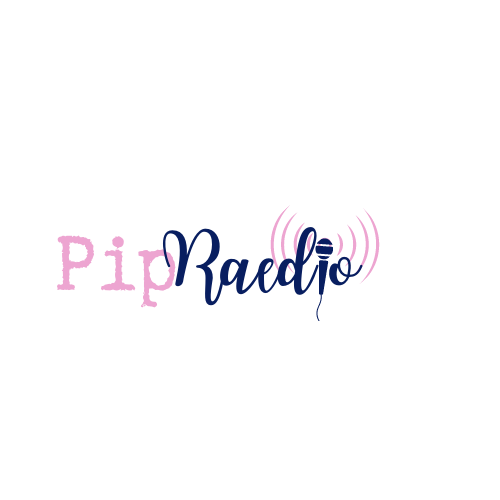 PipRaedio, as a brand and business, is the audio production platform that distributes content, promotes personal brands and develops podcast series, providing a platform to empower the voices of women from around the world. From consulting work to supporting sponsors, who she calls “friends”, the money that is made from this work goes straight back into providing the platform, Sutherland Shire Podcast Station and supporting advocacy for victims of domestic violence.

Pip loves community and covers local events, reporting from the location and broadcasting interviews with stakeholders.  She is an MC as well as a facilitator of sponsorships and advertising for the promotion of businesses and the community services. She is an active volunteer, speaker and advocate for domestic family violence and abuse. 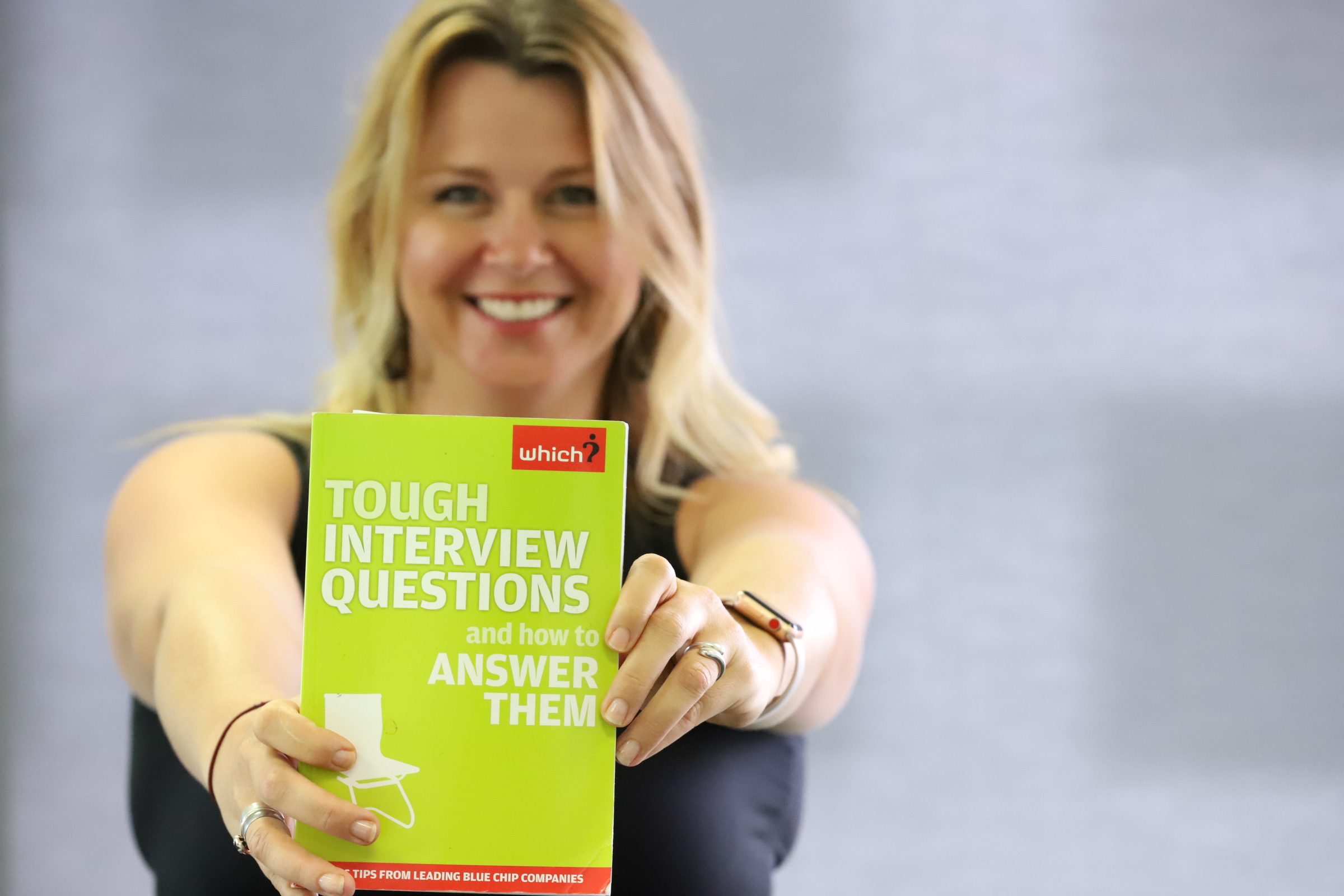 Pip has worked in the investigations and communications field since she was 19, completing a Diploma of Policing (Domestic Violence, Investigation of Drug and Alcohol Related Crime, Protective Services) at Charles Sturt University, Bathurst. In 2010 she completed Human Resource studies (Communication, Conflict Resolution, Representation and Negotiation) at UNE, Technology Sydney.

In the background Pip was an avid fitness and health trainer under her brand ‘Fit For A Bride’ and ‘The Athletes Advantage’ as sports therapist. She was contracted to Sydney Football Stadium, gyms and other personal trainers and developed one of the first fitness podcast episodes on a small, ‘My Voice’ recording device that she also used to record notes for her police briefs.

Her obsession with health, fitness and wellbeing was a driver and an asset in applying to be selected for the Dignatary and Athlete Protection Team in the 2000 Olympics.  This is an experience she reflects on as being the best role in her Policing Career.

Pip has been sporadically involved in media since appearing in Vogue Magazine’s Wedding Services special in 1998 and her first radio interview with Terry Willesee on 2GB in 2001 about her Fit For A Bride Personal Training Program.

It was the latter and in combination with the breakdown of her first marriage in 2002, that sparked her interest in promoting mental health and stress management, in collaboration with some of first financial grants issued by NSW Health (2004.) This morphed into her advocacy roles for mental health, positive parenting and gender equality for women in policing.  She was approached by The Sunday Magazine to discuss the stress of Policing in particular on their mental health and families which was published in 2000.

After leaving the force, 2011, Pip raised her children and spent years in recovery from PSTD, in which she continued her research in treatments for mental illness, advocacy for stigmas in society and in particular a focus on – the impact of insurance investigations on those with an invisible illness.

Since 2018, Pip has undertaken media studies in investigative journalism and completed several writing courses including memoirs and crime at the Australian Writers Centre.

She found healing and personal growth through creative activities such as journaling, art therapy and volunteering for organisations like Charlie Teo Foundation.

In 2018 Pip found her voice and took to the airwaves as a presenter and reporter on radio.  She hosted sat on the Community Engagement Team and took up Marketing Management roles co-ordinating live festivals, concerts and interviews back to the studio.

Pip saw the impending boom of podcasting whilst immersed in her radio show, ‘The Hour to Empower.’

This show led to the creation of the ‘Elements of Empowerment’ Podcast, 52 episodes about values and virtues that instill confidence, self belief and builds resilience.

With the support of ShireWomen networking, Pip established WordStyler, a content creation service for bold personal branding statements, using audio and video scripting to tell personal brand stories. Her signature packages F.Y.I.D. and ‘From Just One Conversation’  Interview,  focuses on articulating your values, virtues, voice and vibe in marketing content and website content.  She also leads a team of creatives to develop Podcasts and Personal Branding Assets.  In her series Create Chat, she teamed up with Branding Specialist, Amanda Hamer from DayDream Creative and other creatives like Blue Bean Media to share content, design and maketing tips.

Pip is a researcher and member of Women in Media, NSW and regularly collaborates with other media outlets in providing content for publications such as The Telegraph, radio and TV.

Pip is also the editor-in-cheif for The Universal Issue, an online magazine about Self Worth.  She collaborates with wellbeing experts and life coaches articles, blog, interviews, meditations and images to inspire the small and incidental changes in attitudes that help readers identify their valuable contribution to the world and practices gratitude and mindfulness.

WordStyler is the content creator for the community platform, Sutherland Shire Podcast Station, that Pip founded and created to support emerging Podcasts find their local audience.  She collaborated with over 450 businesses and individuals to create the Bean There? Podcast Series during Covid 2020 which was broadcast live around the world.  Over 11 weeks and 13 episodes, Pip and her co-hosts interviewed local personalities, business owners and organisations that provide community services.

Pip has also been a speaker at a number of events and conference for Womens’ networking groups on Womens Empowerment, Domestic Violence, Financial Independence/Abuse and Womens Sport.

Pip is a member of the Women’s Sport Australia with an emerging program for Women Broadcasters called ‘Now She’s Talking’.  A transformative language and labels program that develops the stories of sports women to raise the profile of individuals and teams as well as identify and close the gender gap.

She continues to conduct research and studies in Domestic and Family Violence and Child Protection, focusing on victimology and perpetrator psychology, as well as organisational behaviour and systems that are designed to help, but often cause harm or hinder women’s independence and child protectors.

Her work in this space is about helping victims disempowered by Domestic And Family Abuse and those misidentified offenders who have been unjustly accused without investigation.  Her own experience with the limitations of legislation and police investigations regarding Family and Domestic Violence and the AVO’s  process helps her to remain objective and was the basis of her investigation into the system that fails so many.  She presents interviews and insights on the podcast All About AVO’s where she speaks to victims, offenders, former police prosecutors, lawyers and FDR specialists, counsellors, financial advisors, policy makers and CEO of organisations and charities set up to support the recovery and rehabilitation from DFV.

2021 marks the 23rd year that Pip has been following her passion for the advocacy in womens safety and mental health, after experiencing her own personal journey with PSTD to PSTG – which is currently under a memoir titled, My New York Way.

She is a member of the ANZMH association and has been selected to speak on the subject Post Traumatic Growth and her impending book My New York Way, (2017) at the International Mental Health Conference on Tuesday 19 October 2021 at 11am, on the Gold Coast. 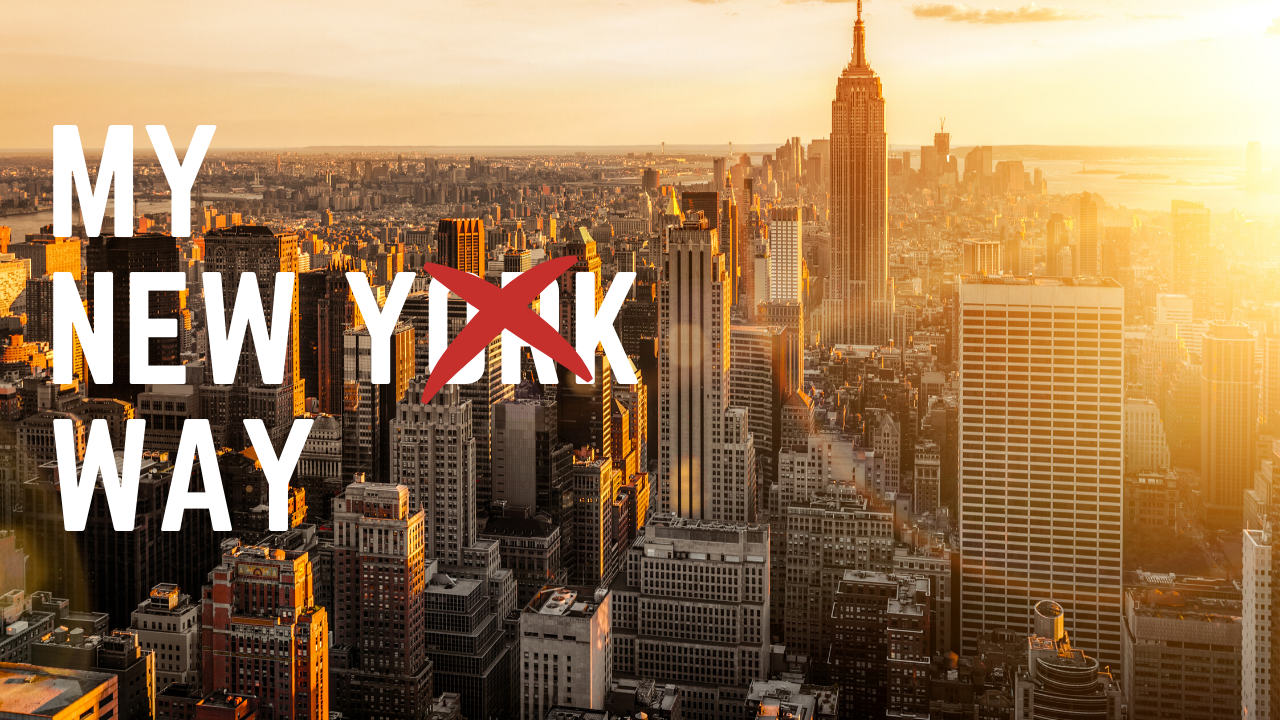 2021 saw Pip formalised her advocacy work with the creation of Upstream Investigations, bringing together her cumulative skills set in investigation and trauma studies and helping people not only find an alternative pathway to conflict resolution but themselves outside the roles and responsibilities of their social identity. This is something she never envisaged 5 years ago after being told she would never recovery from mental illness.   Upstream Investigations offers independent and objective investigations into Domestic Violence and Abuse for victims and misidentified offenders in AVO’s.

Upstream has adopted a holistic approach to family dispute resolution, prioritising safety and self care, and helping clients build their confidence in communicating their issues, identify patterns of abuse and collating the evidence required should the matter proceed to civil, criminal or family court.

Pip has recently been asked to join the National Child Protection Alliance Executive to promote and obtain coverage of the policy changes needed in various sectors of Child Protection.

Pip is known to take on the big issues and doesn’t shy away from the challenges in creating change.  She leads brave conversations by creating a safe space in which to speak the truth. 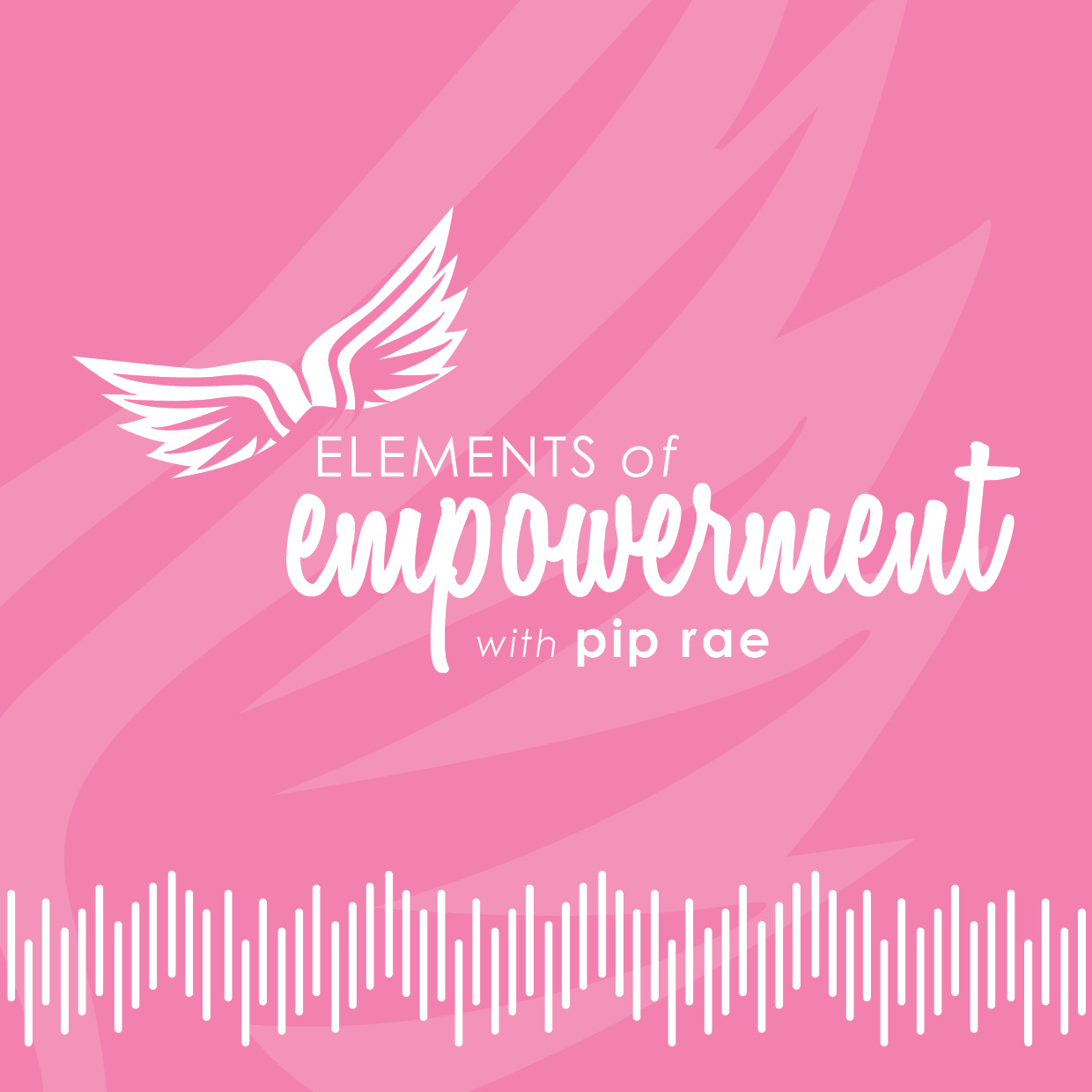 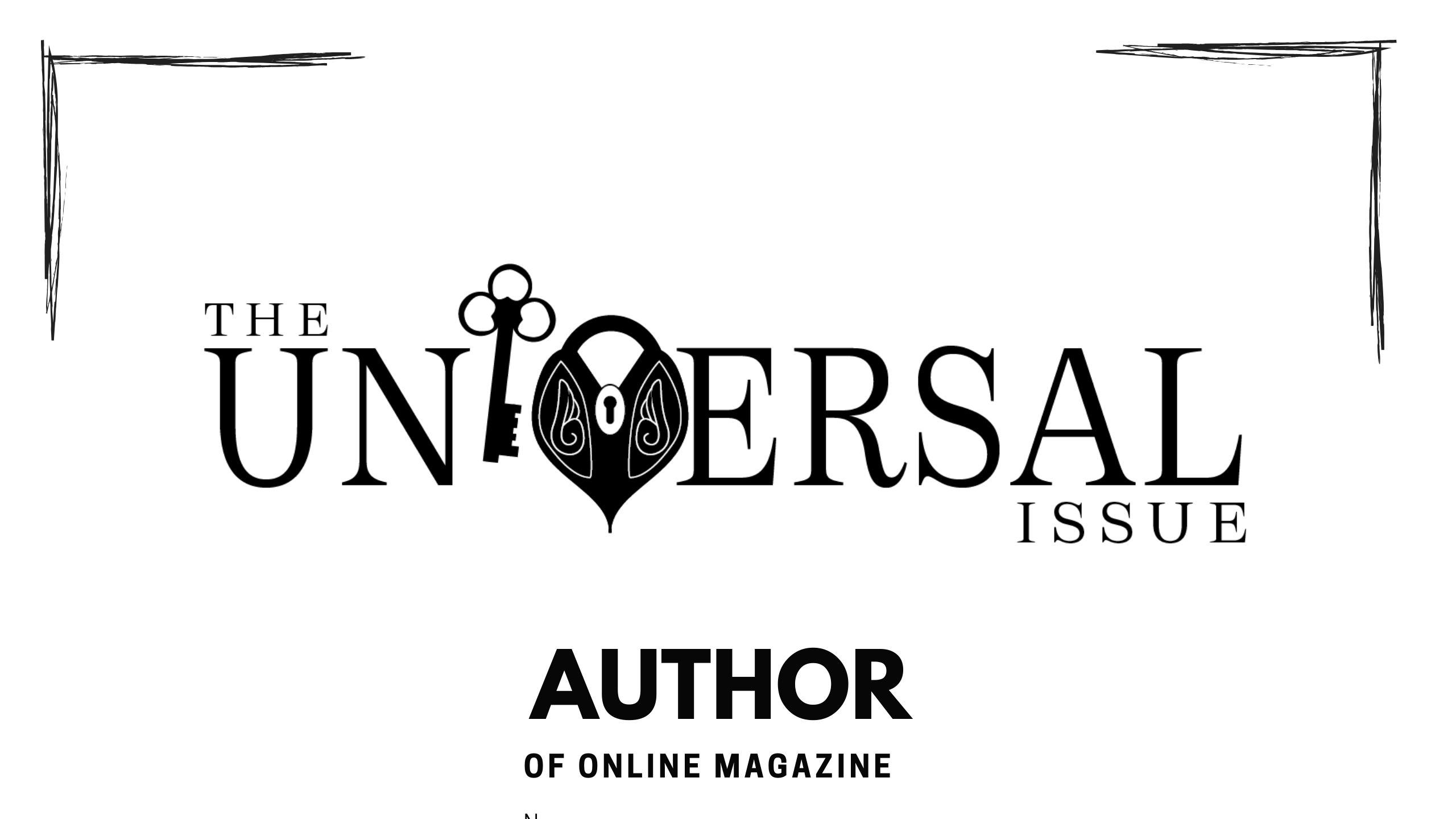 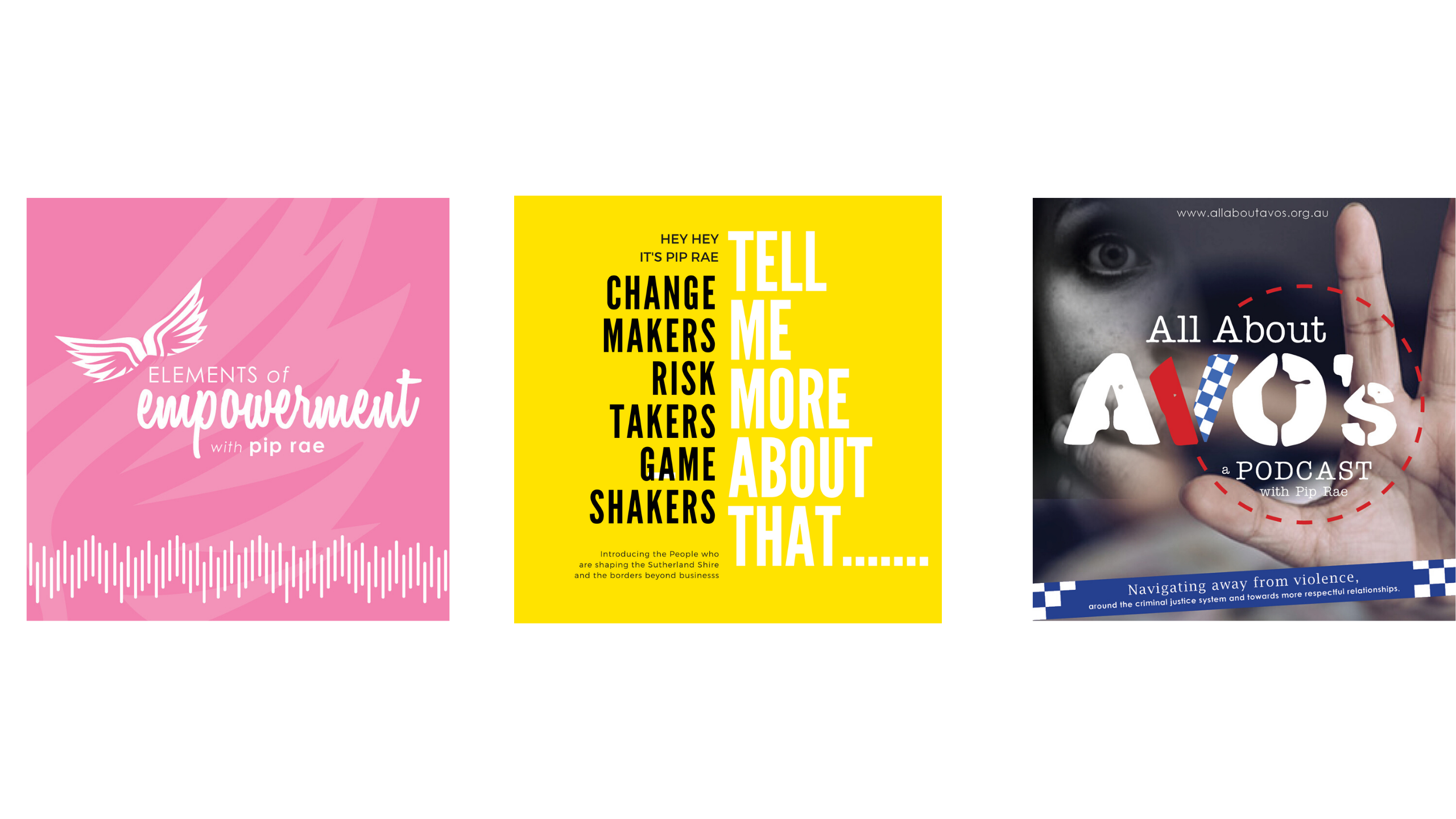 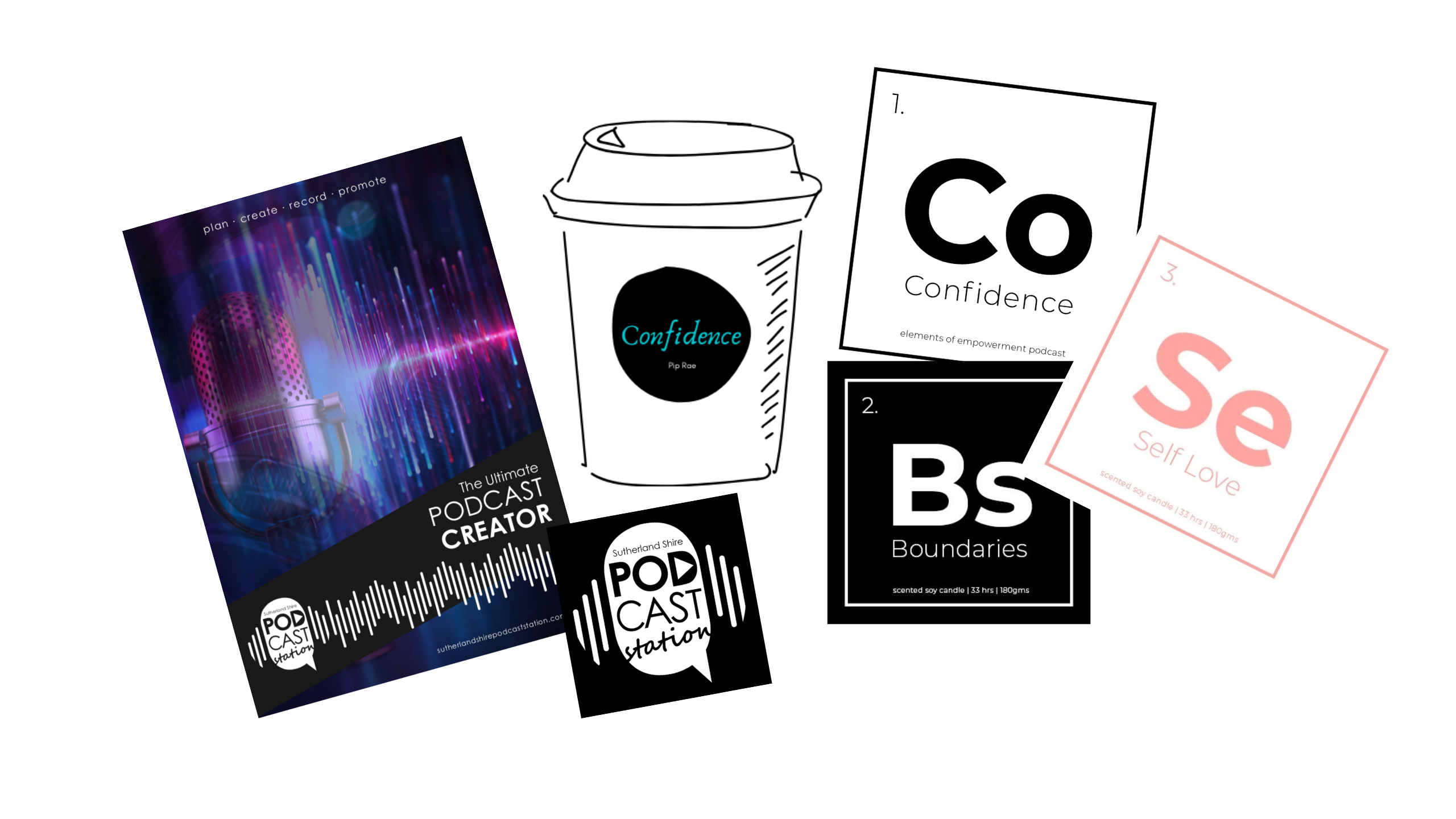 You can be anything BIO Creator 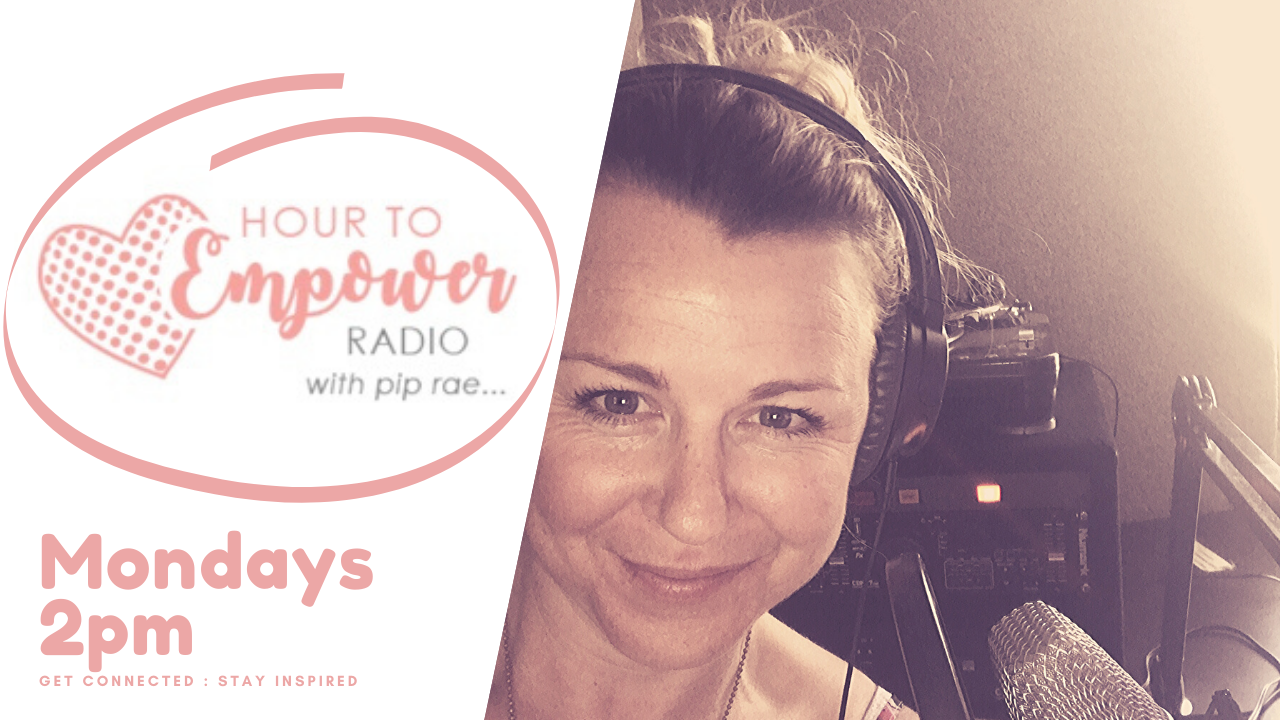 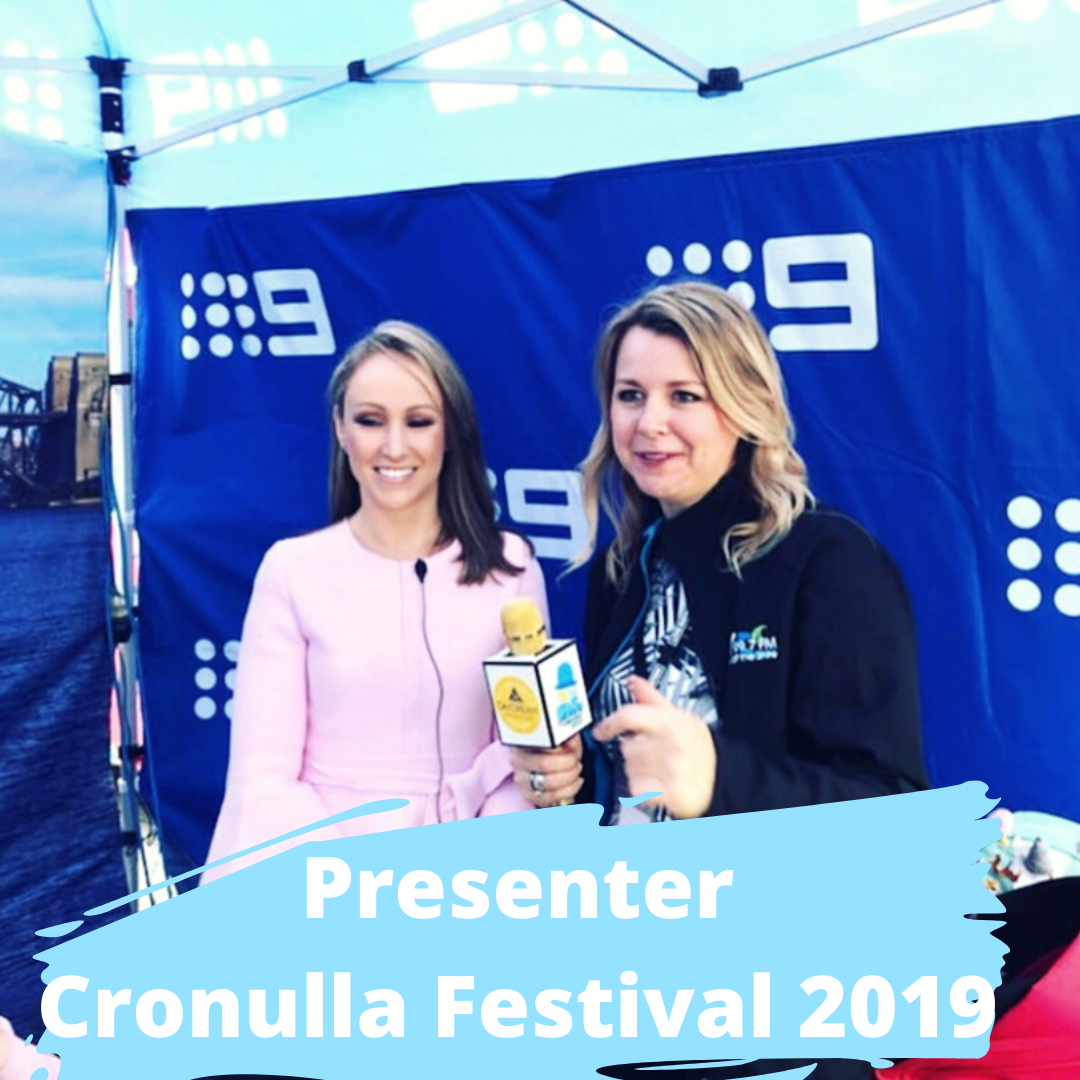 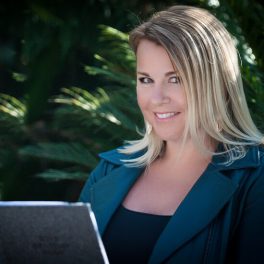 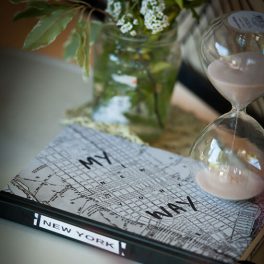 Finding Your IDentity is a useful tool to help you narrow down and quickly build the description of who you want to be seen as in your professional or personal life.